I am writing this as we approach a slight opening up of the current lockdown in London.  Fortunately for Dr Williams’s Library a conservation studio, office space and a temporary reading room had just been set up in the hall at Trinity Congregational Chapel, Brixton when news of the spreading coronavirus in the UK was reported.  Although it was less fortunate for the staff and volunteers who had planned to work at this site and, instead, have had to isolate and work from home. At present, we have a small staff, working from the Brixton site and a resident cat, Vinny Jones.  It is hoped that colleagues may join us over the coming months.  This group may include volunteers and, at least, one of our honorary fellows. We have enough space at the chapel to set up social distancing procedures.  We are in the second month of our isolation, although we have made several visits by car to Dr Williams’s Library to check that the environment, in the manuscript storage areas, remains constant and that there are no signs of pest infestation or other threats to the collection. 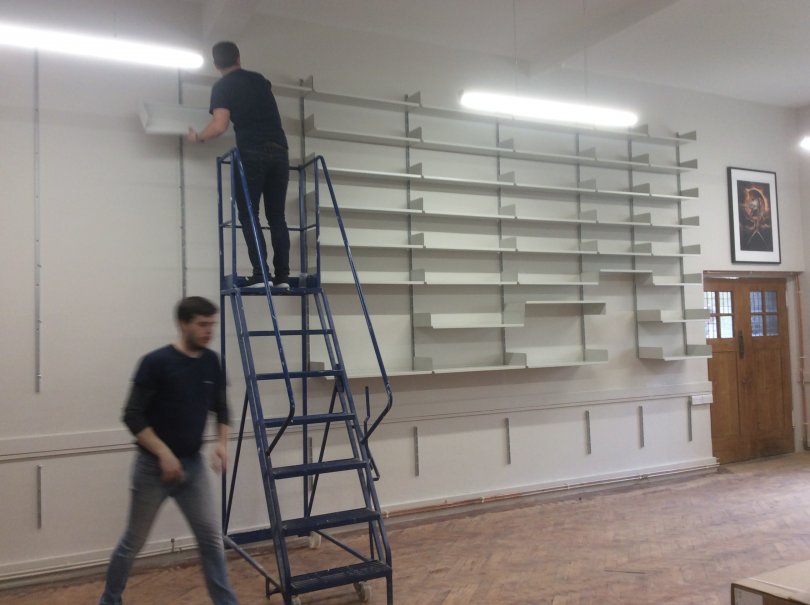 Readers will already know that several projects are being undertaken at Trinity Chapel. Dr Williams’s Library closed to the public because of planned building works in 2018.  We had therefore made arrangements to see readers at the temporary reading room at Brixton and we have managed several such appointments before the coronavirus pandemic struck. With all restrictions in place, it seemed a good idea to keep readers up to date with news and developments. Hence this bulletin.

The office at Trinity has recently supplied images to readers around the world to enable the continuance of their work during the lockdown.  The conservator has also checked details relating to DWL’s manuscripts for readers working on transcriptions of those manuscripts.  Some meetings with new readers have taken place through a Zoom conferencing forum. If you want to use these services we shall try to help. We still aim to answer enquiries and provide guidance on sources.

If you wish to order digital images, contact us by email images@dwl.ac.uk

Our resources are not as extensive as when the Library is open but please do contact us. For general enquiries, email us at jane.giscombe@dwl.ac.uk.  We regret that we cannot currently respond to telephone enquiries.

Just before the lockdown, a new member of staff, Ching Yuet Tang, joined us. She is a cataloguer who will carry out essential work  on the early modern printed book collection. She will also take over the work with estc which Dr Wendy Lewis began.  Dr Lewis retired at the end of 2019 but hopes to rejoin as a volunteer when the library reopens in Gordon Square. She has however been at hand to support the work of Ching Yuet Tang.

Ching Yuet has worked as a librarian at several major UK cultural institutions, including the Victoria and Albert Museum and the British Library, contributing to their archival and special collections. Her particular interest has been in cataloguing Oriental books (Chinese, Japanese and Korean). She is currently working part-time at the National Art Library (V&A) and was recently seconded to develop a retro-conversion project on pre-modern Chinese books at the British Library. She has also worked on the David King and Martin Parr photography collections at the Tate Archive.  Her publications include: Tiger’s illustrated dictionary (English-Chinese), 2004.  We are able to work closely with Ching Yuet, providing her with title page images, from newly donated books, and from early modern printed books but look forward to the day when she can join us in person.

Note of Death: Dennis E Rhodes Born 1923 in Nottingham, died 2020 in Aylesbury.
Formerly one of the keenest visitors to DWL and a recent volunteer was Dennis E. Rhodes (1923 - 2020). Dennis was thrilled to discover the collection of incunabula in both Dr Williams and the Congregational libraries. He was one of the most eminent scholars in early printing, especially Ιtalian. In the course of his career he published more than 300 bibliographical papers. He served as Deputy Keeper of Early Printed Books at the British Library (formerly British Museum). Formerly Internationally renowned expert on bibliography, mainly on Italian bibliography of the  16th and 17th centuries.

Author of over 500 articles and many books, among which:

Dennis had a great love for his garden. He died peacefully in April in a nursing home.

A group of Dutch bibliographers and book lovers had planned to come to London for a week's ‘holiday’ in September to visit libraries - that is, if the coronavirus measures allowed them.  Amongst their numbers is Marja Smolenaars, one of Dr Williams’s Honorary Fellows.  Last year they went to Rome and, the year before to Sweden, so it is already becoming a yearly busman's holiday tradition. One of the libraries which they had hoped to visit was Dr. Williams's, where they hoped to add more titles to the Short-Title Catalogue Netherlands. Although the reading room in Gordon Square is unavailable, Trinity Chapel was to provide welcoming space to combine work and pleasure. Where else might you find rare Dutch books in a chapel?

We congratulate Philipp Hunnekuhl, long term reader at Dr Williams’s Library, on the publication on his book ‘Henry Crabb Robinson: Romantic Comparatist, 1790-1811’. The volume forms part of a series entitled ‘Romantic Reconfigurations: Studies in Literature and Culture 1780-1850’. Philipp Hunnekuhl, now Guest Professor of English at the University of Hamburg, has donated a copy of his book to Dr Williams’s Library.

The conservation of paintings at Dr Williams’s Library has long been neglected. Looking back at the Trust archives, the Book Committee, in November 1870, wanted to add tablets with inscriptions to the portraits in the collection. Mr Scott, an Engraver of Great Portland Street, undertook to do the work at five shillings each portrait.

Going back 150 years again, we find that the books needed binding with some repairs. A large ‘number still remained in a worn and doubtful state, both as to binding and appearance, and that a much larger sum than had hitherto been expended in repairing the books would be in the future needed to keep the library in a proper condition’.  ‘An estimate from a Carver and Guilder proposing to restore, clean and gild eighty one oil paintings for the sum of £290 was laid on the table.’  Mr Henry Merritt of 54 Devonshire Street, Portland Place was empoyed to  cleaning several portraits (Book Committee, 1873).

The programme for adopting items at Dr Williams's Library is at present focused on several portraits, which have received little attention in recent years.  The images below show details of Dr Williams’s portrait of Isaac Watts (1674 - 1748) whose influence is still evident in American and English culture, in particular in his hymns.  DWL owns a portrait of Watts, painted by an unknown artist, and is one of two known examples, the other having been purchased by the National Portrait Gallery in 1868 from J R Smith. The painting was commissioned by Sir Thomas Abney (1640-1722), in whose house Watts spent the last thirty years of his life. The work was generally in reasonable condition, although cleaning, some repair and framing and glazing have all become necessary for its long term survival.

This painting of Isaac Watts by an unknown artist was adopted by Prof Donald Cress, who is one among several admirers of Isaac Watts.  Please read Prof Cress’s reasons for adopting the Watts’ painting below.

Below Prof Cress explains his coming to adopt this portrait.

Quite honestly, I came upon Watts entirely by accident.  During my nearly forty years as a professor I did research in medieval and early modern continental philosophy; my reading of English philosophers was almost exclusively tied to their bearing on my research on continental figures. In retirement I took an unexpected turn and did a good deal of research on Francis Bacon and John Locke in their own right.  While studying Locke’s On the Conduct of Understanding (posthumously published in 1706), I found the following prescient remark by Thomas Fowler in the introduction to his edition of this work:

“What is specially remarkable in the mode of handling logical questions in this treatise is the emphasis laid on what may be called the moral causes of fallacious reasoning: prejudice, haste, mental indolence, over-regard for authority, love of antiquity or novelty, self-sufficiency, despondency, and the various other conditions of mind which are quite as effective in barring the way to truth as any sophisms, however skilful, which others may attempt to impose upon us.”

This rang any number of bells for me, both as a scholar and as a teacher. Fowler certainly was correct in his assessment of Locke; but he also clarified for me what it was that, after nearly 40 years of teaching logic, I had found so dissatisfying in contemporary logic textbooks. Locke indeed pointed the way, but he had not worked out in a systematic way what I was looking for.

I stumbled upon Watts’s The Improvement of the Mind while studying Locke. I read Joseph Emerson’s abridged edition of this work many, many times--long before I eventually read Watts’s complete first edition (1741). I learned that this work was a supplement to Watts’s Logick (1725), and that there was a posthumously published Part II (1753) of The Improvement. The Logick and The Improvement of the Mind, Parts I and II, proved to be a remarkable resource for rethinking what knowledge is most worth having, what lesson is most worth learning for students in an introductory logic course. I had found what I was looking for.

During this time, I also discovered Watts’s Essay Against Uncharitableness (1st ed: 1707, 2nd ed: 1745). I was deeply impressed by this short work for its exceptional insightfulness into the pernicious causes and effects of hyper-passionate disputes about matters of little consequence. Its relationship to Watts’s works in logic was instantly clear to me. Over time, I have read and reread several of Watts’s theological works.

Isaac Watts is by no means a secondary or derivative thinker.  In addition to the many contributions he made for which he has received proper recognition and acclaim, Watts also deserves a significant place in the history of logic, of pedagogical theory, and a great deal more.

Peggy Bendroth has written with regards to The Congregational Library, Boston.

The Library is indeed closed, and has been since mid-March.  That coincided with the end of my tenure there, and the very weird beginning of retirement in lockdown.  The new executive director, Stephen Butler Murray, is managing as best he can from his home in Detroit, as he has not been able to come out, much less begin to move his family.

Boston has been hit hard, as you may know, and the list of FCC families and friends who've been affected is a long one.

*Those interested may wish to see the thoughts during the lockdown of Dr Tom Charlton, our honorary research fellow.   See Lockdown blog.

For an update on the building work please follow this link. 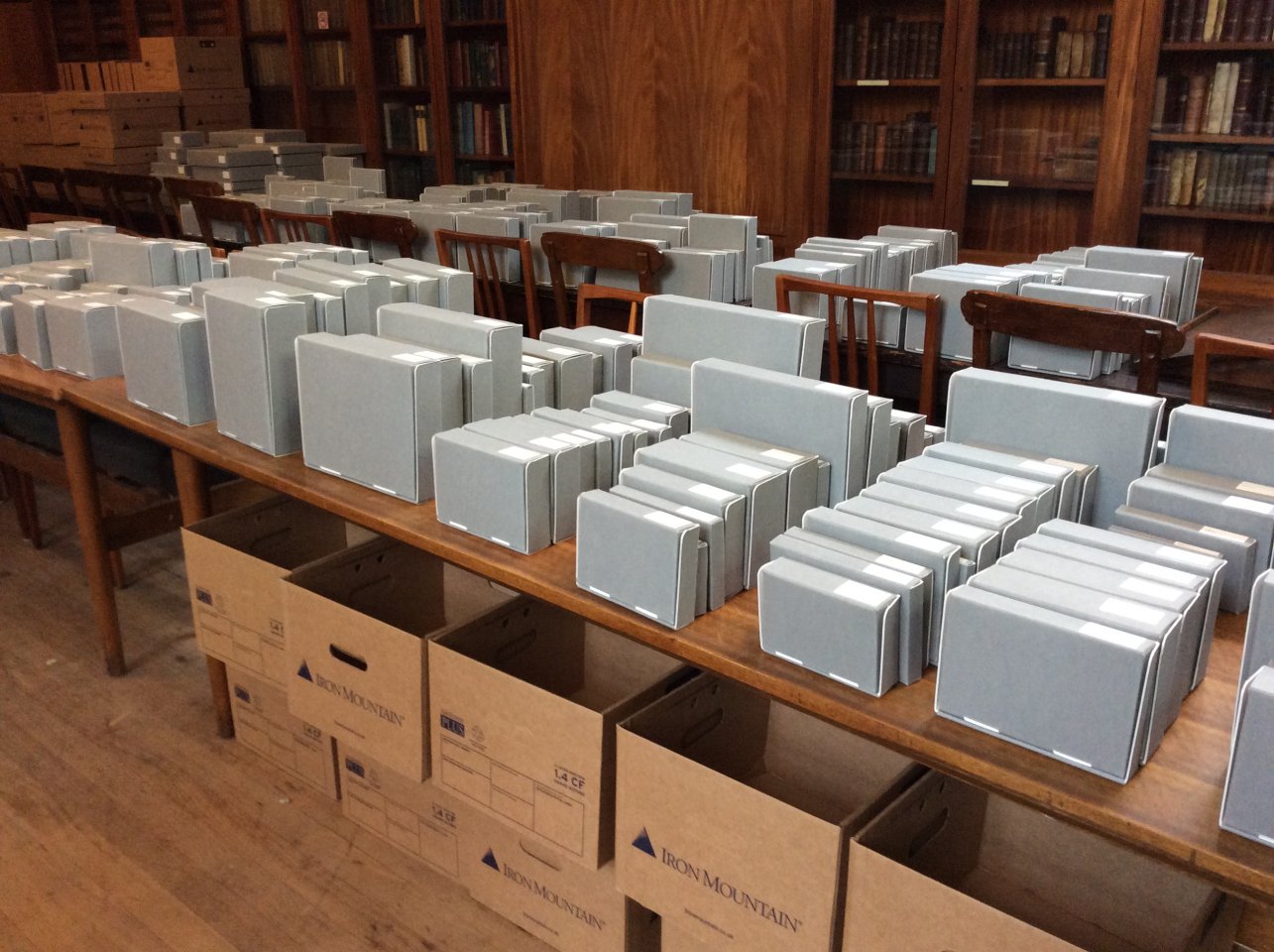 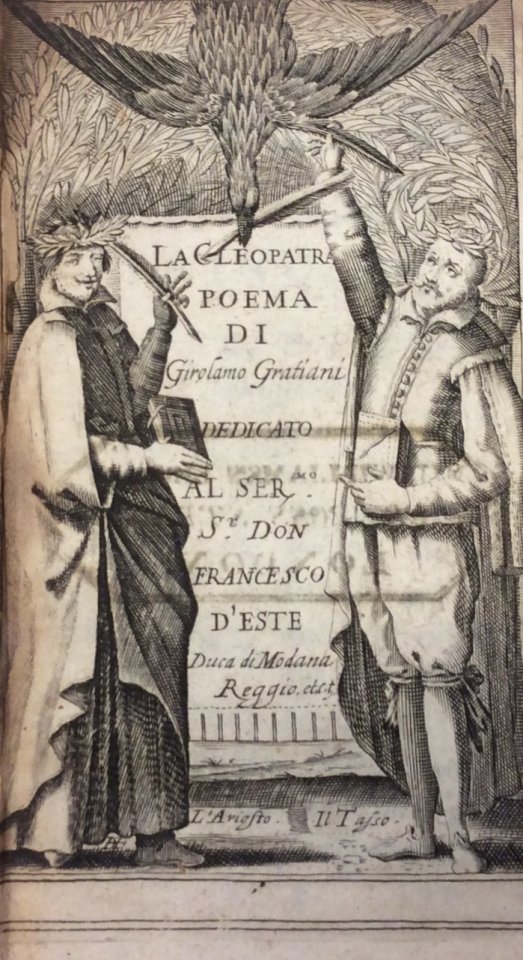 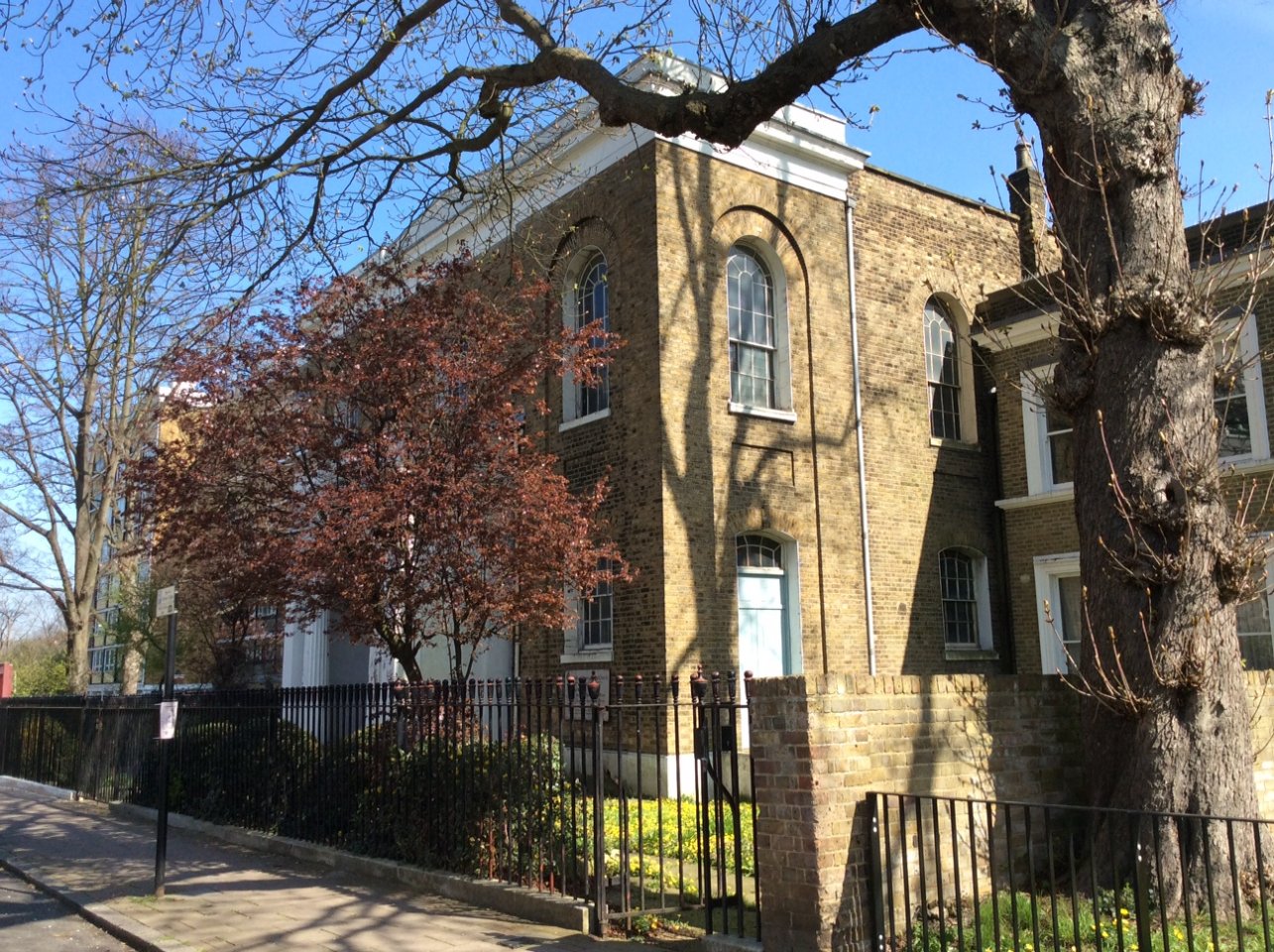 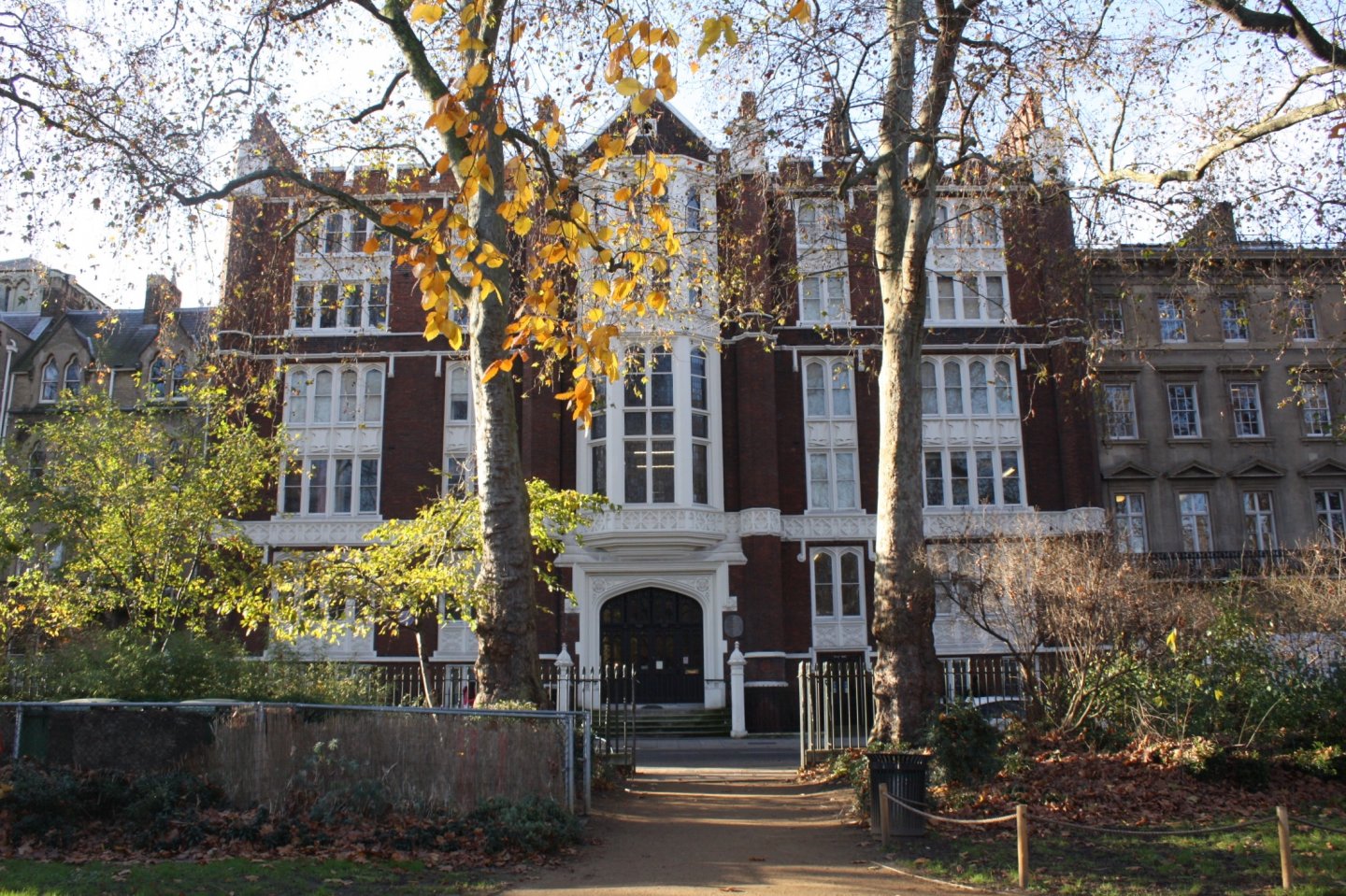 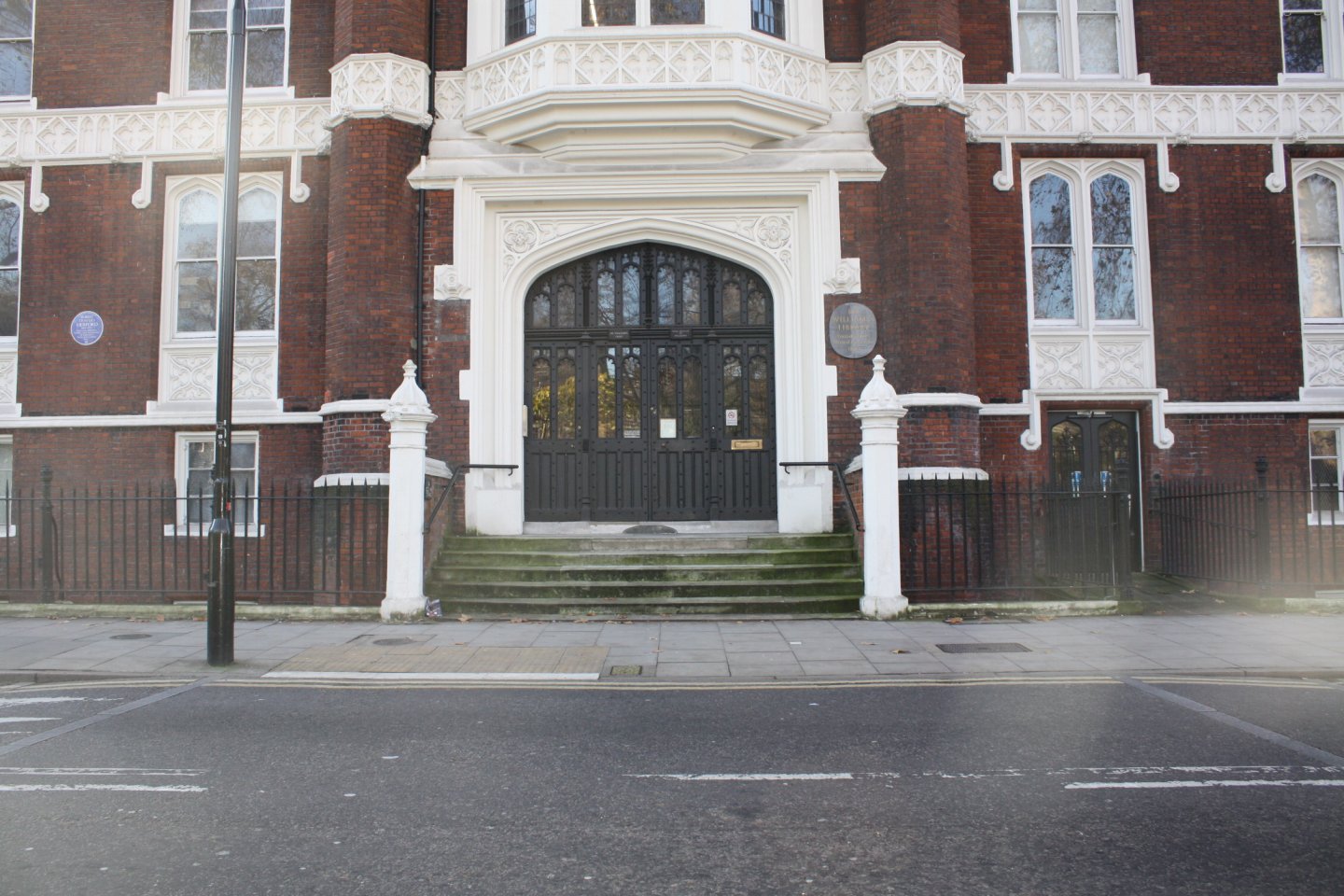 No sooner have we opened than we have had to close again. We are keen to keep Dr Williams’s  Library alive and kicking at Brixton. However, sadly the coronavirus threat has put a stop to this. read more …

PROTESTANT DISSENT AND PHILANTHROPY IN BRITAIN, 1660-1914

Newly published work, for other publication go to Discover. Here the editors of this major new collection explain the significance of marking the contribution made by Dissenters from the Church of England to the history and development of charity and philanthropy in Britain from 1660 to the beginning of the twentieth century. We have just published a volume with the Boydell Press on Protestant Dissent and Philanthropy: eleven essays by leading scholars in the field. read more … 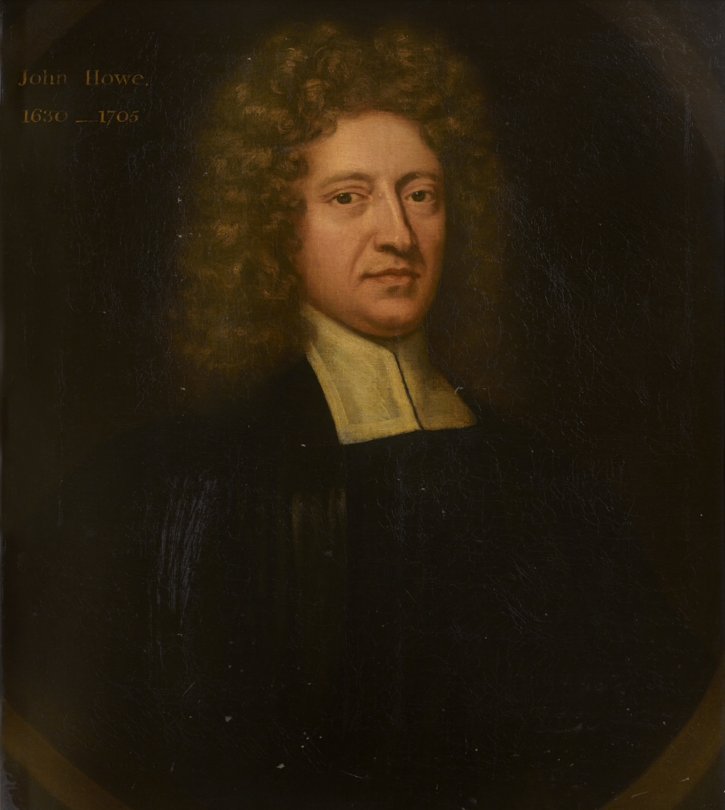